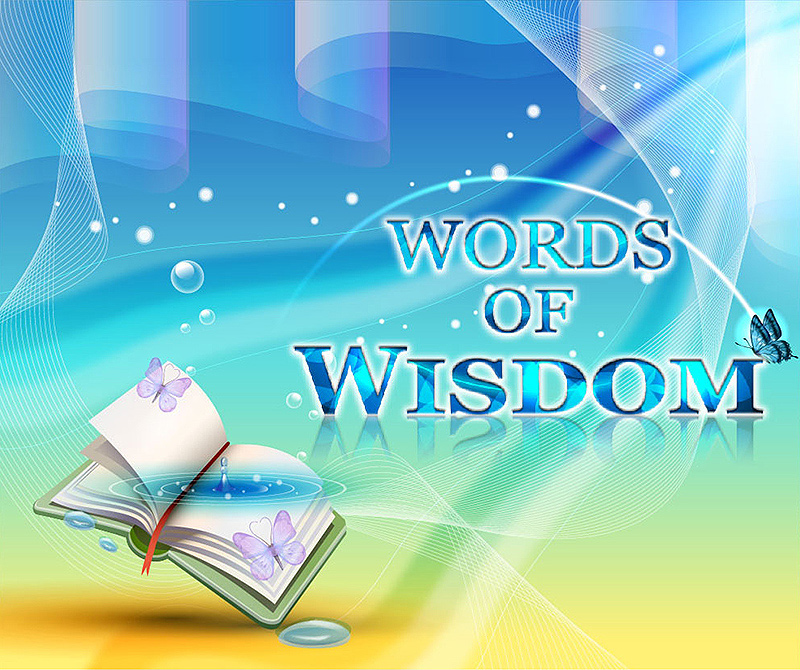 Buddha or Gautama Buddha, also known as Shakyamuni Buddha, was a great extraordinary spiritual Master from ancient India. Dhammapada is an anthology of verses spoken by the Buddha on various occasions in response to a certain unique situation. It is one of the most popular and widely read Buddhist scriptures enjoyed by both Buddhists and non-Buddhists. Its original version is in the Khuddaka Nikaya, a Pali Canon division of Theravada Buddhism. In total there are 423 verses in the 26 chapters of the Dhammapada that convey the philosophical and practical foundations of the Buddhist tradition. We will now share with you “Selections from The Dhammapada, Chapters 5 to 8.” Chapter 5: The Fool Verse 60 “Long is the night to one who is wakeful; long is (the journey of) one yojana to the traveller who is tired; long is samsara (round of rebirths) to the fool, who is ignorant of the true Dharma (the teaching of the Buddha).” Verse 61 “If a person seeking a companion cannot find one who is better than or equal to him, let him resolutely go on alone; there can be no companionship with a fool.” Verse 63 “The fool who knows that he is a fool can, for that reason, be a wise man; but the fool who thinks that he is wise is, indeed, called a fool.”Verse 66 “With themselves as their own enemies, fools lacking in intelligence, move about doing evil deeds, which bear bitter fruits.”Verse 75 “Indeed, the path that leads to worldly gain is one and the Path that leads to Nirvana is another. Fully comprehending this, the bhikkhu, the disciple of the Buddha, should not take delight in worldly gain and honor, but devote himself to solitude, detachment and the realization of Nirvana.” Chapter 6: The Wise Verse 78 “One should not associate with bad friends, nor with the vile. One should associate with good friends, and with those who are noble.” Verse 79 “He who drinks in the Dharma lives happily with a serene mind; the wise man always takes delight in the Dharma expounded by the Noble Ones (Ariyas).” Verse 84 “For his own sake or for the sake of others, he does no evil; nor does he wish for sons and daughters or for wealth or for a kingdom by doing evil; nor does he wish for success by unfair means; such a one is indeed virtuous, wise and just.”Verse 85-86 “Few among men reach the other shore (Nirvana); all the others only run up and down on this shore. But those who practice according to the well-expounded Dharma will reach the other shore (Nirvana), having passed the realm of death (i.e., samsara), very difficult as it is to cross.”Verse 89 “Those, with mind well-developed in the seven Factors of Enlightenment, having rid themselves of all craving, rejoice in their abandonment of attachment. Such men, with all moral intoxicants eradicated, and powerful, have realized Nirvana in this world.”
ज्ञान की बातें
2022-01-17   27 दृष्टिकोण
3
396p720p720pHQ1080p
ज्ञान की बातें
2022-01-17
396p720p720pHQ1080p